Home > News > The Makings of the new Mandala

WHISE has a new website and nestled amongst the pages are bold and shadow images of a new mandala.

Mandala is a Sanskrit word that loosely translates to mean ‘circle’ or ‘centre’ and is a geometric configuration of symbols in a circular design with repeating patterns, colours and shapes radiating from the centre.

Mandalas are often used in various spiritual traditions to aid in focussing attention, and the shapes, colours and symbols usually reflect health and wellbeing, activate creativity, and foster a sense of connectedness with one’s self and others.

The new WHISE mandala has been created by Wilani van Wyk-Smit, the Creative Director of Wildeye, a creative design studio.

WHISE has worked with Wildeye for over ten years and during this time, Wilani says she has witnessed the changes both within the organisation and in the work we do.

Working on our new website gave Wilani the opportunity to get creative.

“[When creating work for a client] you have to put yourself in their shoes, and you have to care about their business and what they want to achieve, like it’s your own.”

“An artistic approach adds humanity and emotion and connection, and it encourages interaction”.

Revisiting the original mandala, created by Doseda Hetherington, took time and much consideration.

“The mandala made me think of all the unique bodies of every person and how we need every person, and diverse people, all coming together, doing their thing, their little thing, which makes the big thing in the end.”

From a fleeting idea, the image grew, as Wilani was certain there was something special within the unique forms in the mandala that she wanted to explore.

“The people make up the mandala, the people and the forms, and so it just grew.

“If you look at the actual detail… it starts with a little [form] almost like a seed, or seedling, and then it grows out… and that is what WHISE does, it just encapsulates it really beautifully, so it just made sense to actually put people in it.

“But it’s not just a random thing, I think it is very informed by the years of working with WHISE and seeing how WHISE has changed and blossomed and bloomed and evolved from what it was.

“So, it’s almost like its full circle, and the circle isn’t finished yet, it’s still growing.

“It tells the story of WHISE,” says Wilani.

The team at WHISE agree, and we encourage you to connect with us, spend a little time with the shapes and forms of the mandala, and be part of the growing circle. 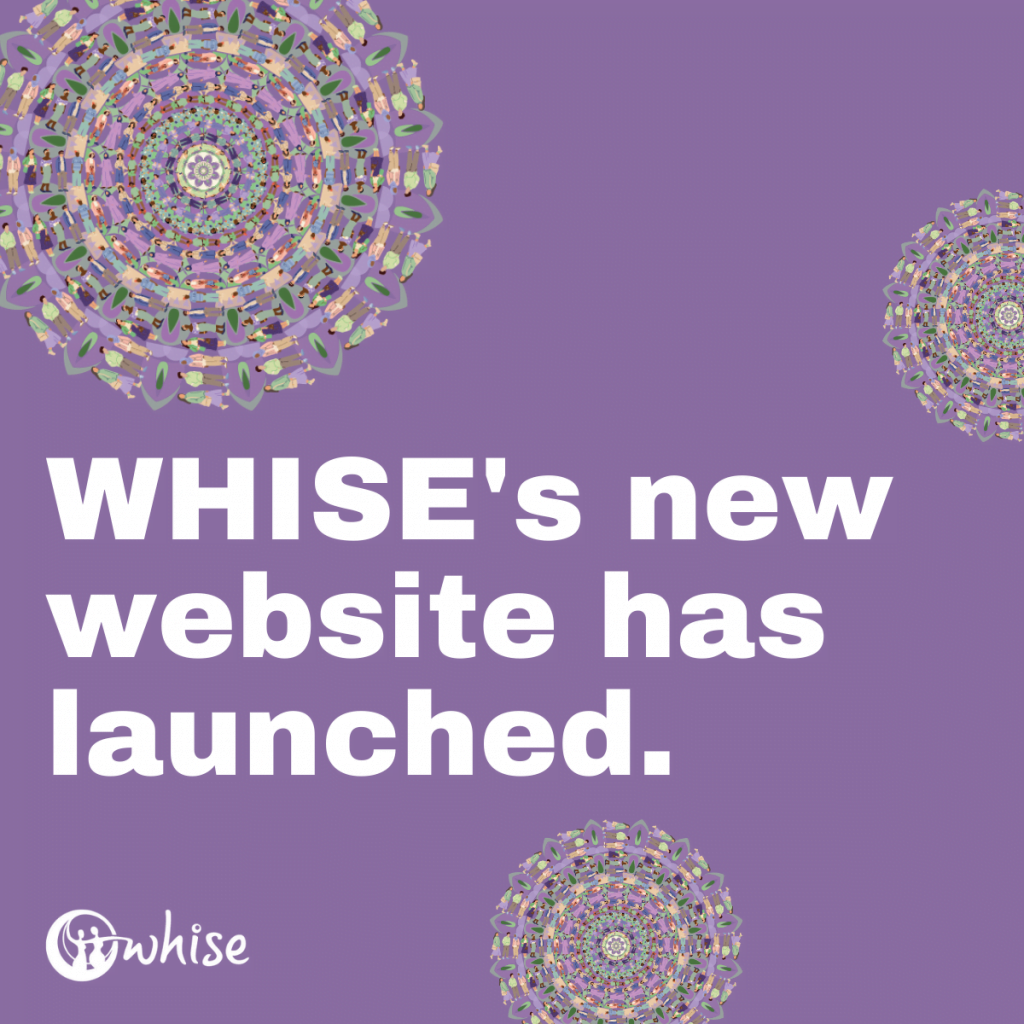